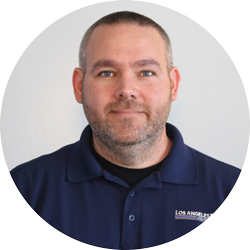 Since 1991, Chris has worked in the technical arts field as an engineer. His technical career began with multiple San Diego audio, visual and lighting companies. Prior to joining the Los Angeles Police Department, Chris shared ownership of a technical solutions company that specialized in technical sales, events, and installations.

After completing his tour with the Criminal Gang Homicide Division, Chris rejoined the 77th Division and assisted the VICE Unit in designing and implementing a camera system that would allow Detectives and Officers to monitor prostitution hot spots without having to leave the station.

Chris was then hand-picked for a special task force of seven officers that had the specific mission of creating the Event Action Plan for the 2011 Los Angeles NBA All Star Event. During the planning process, Chris designed and organized the Command Post and was specifically tasked with introducing new technology. He designed and implemented a database style log that allowed multiple agencies to input information into the log simultaneously. Chris also introduced new technology in the form of a digital TouchTable mapping system that provided enhanced situation awareness for the command staff.

After the NBA All Star Event, Chris returned to the 77th Street Division where he created the Technical Investigative Support Unit which assists the department’s detectives.

Chris was the coordinator and created the Departments first social networking investigative units, the Cyber Support Unit. This unit is located in each of the Departments’ geographical bureaus. Once the bureau model is complete, it will be extended to each LAPD division and will consist of over fifty sworn personnel.

In addition to his duties at the LAPD, Chris became a certified POST Master Instructor and has created numerous Social Media Investigations courses, which he has taught in multiple states for various law enforcement agencies. Also, as a POST committee member, he assisted with the creation of the statewide law enforcement training for social networking. In 2018 Chris honorably retired from the LAPD due to a work-related Injury.

While working for the LAPD, Chris co-founded a 501(c)(3) public benefit charity, California Multi-Agency Support Services (CAL-MASS) which focuses on assisting local, State and Federal public service agencies with a multitude of technology related services including training. In November of 2014 Chris helped create the Los Angeles County Regional Training Center (LACRTC), which operates as the training wing of CAL-MASS.

Since its creation, Chris has worked as the Director of Operations for LACRTC, which has trained over 1,500 public service employees from a multitude of local, State and Federal agencies from all over the country. Chris was instrumental in certifying LACRTC as a California Commission on Peace Officer Standard and Training (POST) presenter. 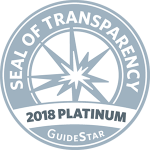